Australia went crazy for raw milk. Introduced in New South Wales after the local food authority had given a green light to cold water pressurisation, the country’s first legal unpasteurised milk, Made by Cow’s Cold Pressed Raw Milk, has sold out in just one day.
While homogenisation and heat pasteurisation used to be the only accepted ways to remove harmful bacteria, the new method has now been approved by law. 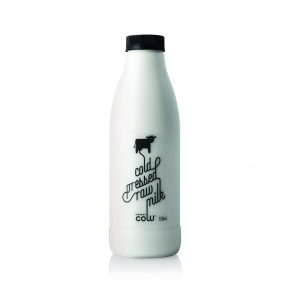 “We have demonstrated equivalent safety standards to heat pasteurisation. It’s literally like drinking raw milk, although with the added safety factor built in,” said Saxon Joye, founder of Made by Cow, who had developed the method to create ‘un-messed’ milk. The result is packed full of vitamins and nutrients like B1, B2, B12, A and potassium, with a naturally low-GI, more protein and calcium.
As the raw milk frenzy was highly unexpected, supply issues have emerged. Made by Cow will now have to work harder and, most importantly, expand its 250-Jersey cow herd or enlist the help of more farms. In the meantime, Joye said they would restock all stores as soon as possible.
For more information, visit madebycow.com.au.

ASB Theatre Marlborough has secured a crucial sponsorship from Pak’nSave Blenheim, which will fund its catering facilities until 2026. “Theatres have long been focal…