Over the past 16 years, SIAL China has been one of the leading trade fairs for the Chinese food market. Scheduled in Shanghai from 5 to 7 May 2016, the upcoming 17th edition will once again see a strong domestic and international presence.

In 2015, the event attracted over 61,000 visitors from 105 countries, the majority of which were involved in retail and trade business (56 percent), followed by catering and food services (19 percent) and food manufacturers (16 percent). Exhibitors come from more than 65 countries worldwide, including China, Korea, USA, Poland, Turkey, France, Spain, India, Netherlands and Australia, just to name the top 10. 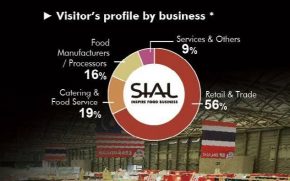 A unique chance to promote a business or product and establish closer relationships with the Asian food community, the three-day trade fair has market intelligence, innovation, research and development at its core.
“By joining the next session you will be part of the 2,900 food companies that define the future of our sector and showcase all the trends to inspire more than 66,000 professionals,” said Jim Liu and Bjoern Kempe, directors of SIAL China.
Thanks to an ever-increasing middle class of 350 million people, China is currently the world’s biggest import-export economy and is also amongst the fastest growing one, showing an annual increase of 20 percent. Twenty-one product sectors will be represented, with a focus on the following ten:

Nestlé launched its expanded range of plant-based food and grounds in the United States, its largest market, and in its home country of Switzerland….