An Italian sweets manufacturer receives the prize for the first time at ISM.

Luigi Zàini, CEO of the medium-sized Italian sweets company, Luigi Zàini S.p.A., is the winner of this year's ISM Award. The largest and most important trade fair for sweets and snacks worldwide is conferring this prize to the executive director of an Italian sweets company for his exceptional services to the sweets and snacks industry for the first time. 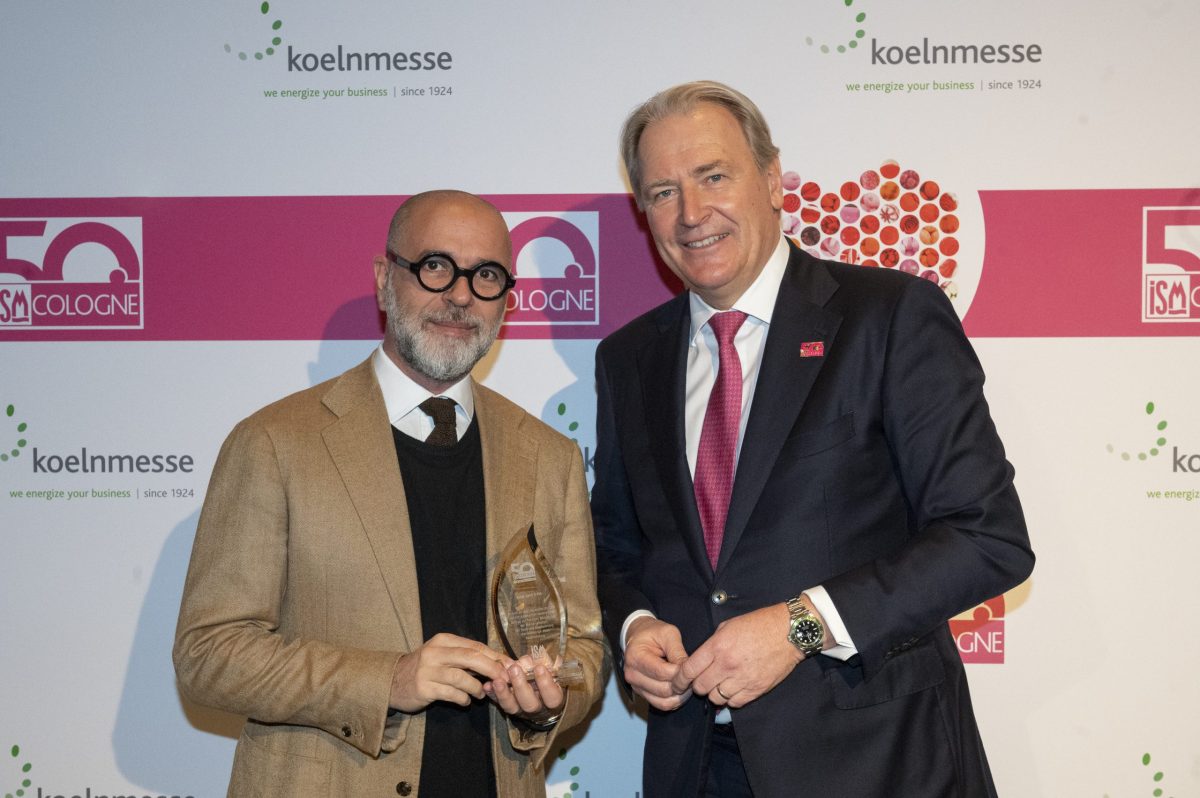 Luigi Zàini S.p.A. produces and sells cocoa and sugar-based products. The sales network of the Zàini products covers the whole of Italy and they are exported to over 80 countries worldwide. The company employs a headcount of around 200 people in the three Milan-based production sites and at the logistic platform in Pavia.

With his sister Antonella Zàini, Luigi Zàini runs the company today in the meanwhile third generation. Luigi Zàini S.p.A. has exhibited at every edition of ISM since its premiere in 1971.

Luigi Zàini is delighted at winning the ISM Award:  "I am literally thrilled at receiving this distinction, which is an honour for the company, for my sister and for me personally. My thoughts go immediately to all of the people who have been working for Zàini for generations and who together with our business partners have significantly contributed towards the company's success story. I would like to dedicate this prize to all of these people!"

The road to success
Founded in 1913, Luigi Zàini S.p.A. stands for a hundred years of tradition. From the very start diversity has been one of the guiding principles of the company. The founder, Luigi Zàini, already asked himself back then: "All people are different, so why don't we create different chocolate and sweets for everyone?"

Ever since, Zàini products have come in different shapes and colours, packed in elegant boxes or colourful, retro-look tins. Over the course of time, sugar-free versions or chocolate fruits have been added to the range of traditional Italian products.

The “Line Emilia”, extra-dark block chocolate, is the special gem of the sweets company. It stands out with its valuable recipe, which has remained unchanged over the years and which is above all used today for the production of chocolate desserts. The dark block chocolate was named after the nanny of the Zàini sons in the 1950s, who enabled their mother to go back to work full time after the early death of Luigi Zàini.

At the time, Olga Zàini was one of the few businesswomen in the industry. Her innovative visions have shaped the company long-term: Equality is still an important and non-negotiable corporate value at Zàini S.P.A. today.

The award winner is also well-known for his child-friendly chocolate. By producing chocolate eggs filled with collectable toys of the most important licenses loved by children. Finally, further products, such as cocoa products and spreads containing cereals low in sugar and fats turn Zàini into a "hidden champion" in the battle to create the most innovative sweets for children.

Since 2019, Zàini has been asserting itself for women and for the equality of the sexes on the Ivory Coast: In collaboration with Cocoa Horizons, the company supports the sustainable cultivation of high-quality cocoa in order to enable the people in the region better living conditions, and specifically to the women thanks also to a project focused on a female entrepreneurial activity.

The presentation of the ISM Award will take place during the festive ISM dinner at the end of the month. Dr. Massimo Garavaglia, CEO of the De' Longhi Group, will hold the laudation.

The jury of the ISM Award is composed of international representatives from the industry, trade and world of science. Koelnmesse is the organiser of ISM and its industry sponsor is the International Sweets and Biscuits Fair (AISM) Task Force.

In partnership with the NZ Dental Association, the Wrigley Company Foundation has awarded $35,000 in grants to Northland, Auckland, Waikato and Bay of Plenty’s…