This year’s ISM, held in Cologne from 29 January to 1 February, gathered 1650 exhibitors from over 70 countries, along with 39,200 trade visitors. 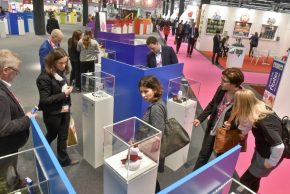 The four-day trade fair for sweets and snacks attracted some renowned NZ food manufacturers and importers, among which were William Aitken & Co and its director, Don Graham. This has been Graham’s 19th successive ISM, and he rated it as the best one yet, based on its inspiring mix of networking, innovation and excellence. Graham was particularly impressed by the expanded display of vegetarian products, accounting for 290 exhibitors, and by the brand-new ‘Cologne Coffee Forum’, offering samplings and presentations of different Italian coffee roasts. Additionally, he pointed out that the new product showcase had been enlarged with more than 140 new product innovations and trends.

Mike Fisher, founder of Action Food Marketing, also attended ISM and found that, as in previous ISM events, the networking opportunities were par excellence. “The show is well supported by NZ retail buyers and offers a more relaxed environment to catch up with them as well as suppliers,” he said.

David Cunningham of Wilson Consumer Products once again headed off to Cologne and noticed that the trends of sugar-free, natural ingredients and premiumisation continue to feature. “Many were discussing the consumer demand for brand ethics and values as well as sustainable resourcing of ingredients,” Cunningham said.

ISM will return in Cologne next year, from 28 to 31 January.

Prime Minister Jacinda Ardern has announced a five-stage plan to open the borders and ease pressure on MIQ. The five stages of border reopening…