Today and tomorrow, a panel of 19 independent expert judges will blind-taste 520 entries to choose the 2017 New World Beer & Cider Awards' very best brews. This amounts to 2,500 glasses of beer and cider being sniffed, sipped and judged on their technical excellence, balance, mouthfeel, drinkability and the most important of all, great flavour. 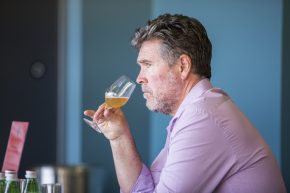 “It’s a testament to the credibility of the New World Beer & Cider Awards that it has been able to attract some of the most respected names in the brewing industry, along with some exciting new talent,” said Michael Donaldson, chair of independent judges, beer writer and author. “When their combined expertise tells you a brew is worthy of a gold medal, you can be assured it’s well-made and highly drinkable.”

According to Foodstuffs New Zealand’s managing director, Steve Anderson, the awards have been specifically designed with the consumer in mind, making it easier for New World shoppers to purchase with confidence.

“We know from previous experience there is always a huge demand for winning beers and ciders,” Anderson said. “For a smaller brewery, the chance to be stocked at New World stores is an incredible opportunity to grow their business and reach beer and cider drinkers across the country. What we saw in previous awards was niche and micro-breweries go to country-wide audiences overnight.”

Schweppes has announced the launch of its new traditionals range, designed to appeal to adults looking for refined packaging, quality ingredients and authentic flavours. With…