Six Countdown stores are set to shut down before the end of their lease term, Australian parent company Woolworths has announced.

While details are yet to be disclosed due to ongoing commercial discussions, Countdown's general manager of corporate affairs, James Walker, told SupermarketNews that the list includes Countdown Rangiora Central, whose closure has been scheduled for October 2; one unnamed store that “will only close temporarily while a replacement is built" and Countdown Waihi, which has already been shut for safety concerns. The fate of the Waihi store appears to be the sorest point for Countdown. The supermarket had to close its doors for good in May, given the foundations and floor had moved and repairing them wasn't feasible. However, not all hope is lost for Waihi customers, who can either order online or pick-up their grocery items at the local Click-and-Collect point. 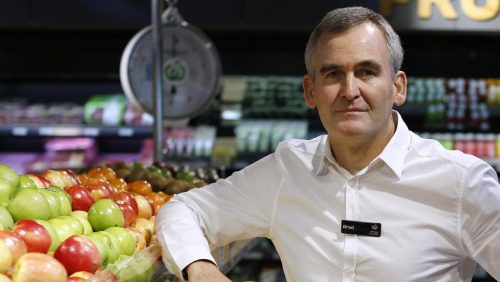 As for the other five stores that are set to close, the move won’t happen overnight, allowing time to redistribute workers elsewhere. All teams have been informed. “These closures are unlikely to happen this financial year (1 June 2016 - 30 June 2017). As is always our priority, we will work with team affected by closures to transfer to nearby stores,” said Walker, adding that Countdown’s employment numbers will continue to increase over the next financial year, with the addition of 600 new customer-facing roles across all supermarkets. In the coming months, closures will also be counterbalanced by three new openings and two replacement stores.

The announcement is part of a Market Update that Woolworths Ltd has provided to the ASX. According to it, the retail giant is looking to sell its New Zealand clothing and homeware retailer EziBuy, which was bought in 2013 for $350 million. “The EziBuy business has been fully separated from the BIG W business following recognition that the expected synergies between these two businesses have not been realised and, in many cases, have resulted in dis-synergies for both businesses,” the document read. As a result, Woolworths has written off $329.6 million from the value of EziBuy and is “currently exploring options for the sale of the business.”

In Australian supermarkets, Woolworths is showing signs of progress in terms of improved team engagement and Voice of the Customer scores.
“We have significantly slowed our new supermarket rollout program to focus on renewing our existing stores,” said CEO Brad Banducci. “We will close some underperforming and non-strategic stores and cancel or defer pipeline stores to allocate more capital to renewing our existing network.”
On the whole, Woolworths aims to exit 30 stores across the group, including 17 Australian supermarkets, four Australian Metro stores, six New Zealand supermarkets and three hotels. The company has also identified 34 underperforming stores (three only in NZ), and a decision on whether or not their lease will be renewed is yet to be made. Additionally, 20 sites will see development being deferred or even withheld.

The big winner of the prestigious SIAL Innovation contest was unveiled on May 2 at the first day of the show. The winner was…