Raglan Food Co entered the Ministry for Primary Industries Good Employer Awards for the first time this year, knowing that competition would be tough as a relatively small company.

Co-Founder of the plant-based food company, Tesh Randall, was thrilled that the company was named a finalist in the Employee Development Category. Much to her delight, the company not only won its category but also took out the Supreme Award as the night's overall winner.

“Our team of yoghurteers are the loveliest bunch of humans you’ll ever meet – over the last nearly 8 years we’ve gone from producing in a small community kitchen with my mum, brother, sister and some hippie friends of ours, to building a full-scale factory employing a crew of 30 people, and we’re so proud of how far our team members have come along the way.” Said Randall during her acceptance speech.

“Raglan Food Co is committed to the Raglan community. We took on considerable risk building a 800 square metre factory here in 2020 after making the decision that we didn’t want to move operations to a larger city like Hamilton or Auckland – it was important that we continued providing work opportunities to the people living here.” 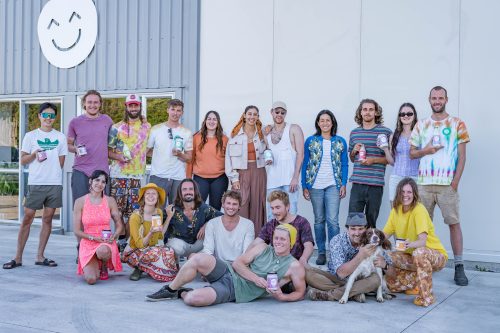