BeeNZ’s luxury Manuka honey packaging has taken out the printing industry’s top award at the prestigious Pride In Print awards this year.

Pride In Print is seen as the annual benchmarking event for the printing, packaging, signage and graphic arts industries and attracts hundreds of entries from all over New Zealand.

Winners are usually announced at a glittering dinner event, but this year the awards have been announced online because of Covid.

Entered by David Gick of Logick Print & Graphics, Auckland, the stunning packaging won Pride In Print’s Supreme Award hands down according to judges. 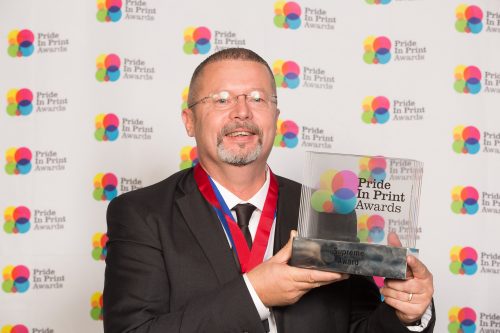 The luxury packaging of BeeNZ’s Manuka Honey UMF 29+ was designed by the two-man Tauranga brand and advertising agency Society for family owned and operated BeeNZ formed in 2015 by David & Julie Hayes.

Initially employing just two part-time staff working from small premises in Katikati, BeeNZ today exports to over 13 countries worldwide from much bigger facilities. The couple manages the entire process from hive to bottle, being beekeeper, extractor, processor, packer and exporter.

Described by judges as having “class written all over it” the presentation box carries a pot of New Zealand’s top quality Manuka honey, complete with metal spoon and a passport hand stitched booklet.

The presentation box first won best in category for Paper & Board Packaging before winning the Supreme.

“The dark green was inspired by the deep remote bush of New Zealand where the high potency Mānuka is sourced," said Society’s co-founder Tom Lear explains the packaging.

“The use of gold foil emboss paired with a more fluid blind deboss creates a luxury tactile feel, while a gold laminate finish on the inside of the box creates a beautiful glow on the jar.

“The jar inside is a black violet glass vessel sourced from Europe to ensure the product is kept at a premium level. Alongside the jar, there’s a gold hand-crafted spoon and hand stitched information booklet with gold foil details which all add to the overall finish.”

Judges poured over the gift box, with judge Natasha Poznanovic saying it was a piece of art...and “what’s not to love,” before it was unanimously declared the overall winner.

Their praise of the crafted box included its ‘perfect embossing’, the friction fixed design that held the pottle in place, the detail on the purpose-made lightweight machine tooled metal spoon, and the overall design.

Judge Shane Goggin said the gift box was impressive. It had obviously been through numerous machines, ‘all of it older equipment’, but they’d just “pulled something out of a box,” it was very hard to fault, he added.

“Structurally, it would have been very hard to get the die cut angles correct, and it comes with the self friction hold for the jar plus a cardboard seal at the top for a tamper-free finish.”

The box catches the light and reflects up into the jar, and the booklet stitching is left untrimmed at one end to reflect the antennae of a bee.

The box is also debossed on four sides and each foiled image tells a story. The foiled images are a New Zealand map, a clock, a bee and a sunrise.

“The more we looked at it, the more detail we saw, and every detail was perfect. It was fascinating. This box goes a long way to being a collectable corporate gift. It looks expensive and luxurious, something people might keep,” Goggin said.

And after being picked up and examined by numerous people at the judging event, opening and closing it etc, the gift box had not shown any wear or tear.

“It just shows that small companies can most certainly take on big ones and come out the champion, not just once but in this case three times! Now that’s a seriously impressive record.”

Coca-Cola Australia has launched No Sugar varieties in Sprite and Fanta. The two new products follow in the footsteps of Coke No Sugar and…